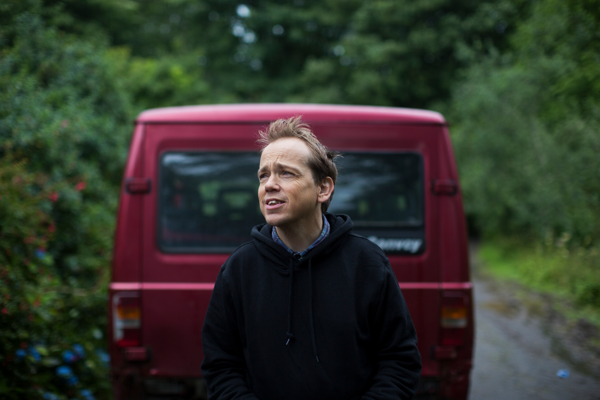 -
Entry Requirements: Over 18s only

We are sorry to say this has now been cancelled due to health & safety concerns. All ticket holders have been contacted regarding refunds. We hope to reschedule this show at a later date, so keep your eyes peeled. Much love! x

Ed learned the piano and the organ as a child from his father, before becoming a chorister and an organist in Dorset. His music career began in earnest in 1998 when his Bournemouth-based psychedelic-dub-pop band Brothers in Sound – stablemates of the legendary Beta Band on cult Parlophone subsidiary Regal Recordings – released three EPs and the album Family Is For Sharing, all of which were met with considerable critical acclaim. After Brothers in Sound’s untimely demise, Ed spent several years studying experimental music in Leicester, Montreal and York, before moving to London in 2008 and joining puppetry/animation/film company The Paper Cinema as a composer for various theatre, short films and art projects. He has played at venues including the Tate Britain, the Barbican and the National Portrait Gallery, as well as further afield at festivals in France, Denmark, Portugal, Spain and Azerbaijan.

Ed’s solo career began in 2012 with the release of the EP Unpacking My Library, which was written in response to Walter Benjamin’s essay of the same name. His second EP The Adjustable Arm drew warm response from The 405 (“delightfully bizarre”), 20 Jazz Funk Greats (“his voice reaches out in incantation to the last of us”) and No Fear of Pop (“music from a different world”).

His forthcoming debut album The Uncle Sold takes its title from the 1995 Kazuo Ishiguro novel The Unconsoled, a unique and inspirational book that takes the reader on a continually evolving, dream-like journey around a non-specified city. Recorded in London at studio spaces in Dalston and Haringey, it’s a sometimes wistful, sometimes sad, sometimes uplifting and at all times surprising listen that paints a picture of a range of characters struggling for certainty in a metropolis beset by continually changing forces, be they political, personal or financial.

Also on the bill, London-based French singer-songwriter and multi-instrumentalist Clémentine March! Another Lost Map alum, Clémentine March released her eclectic, charming and truly cosmopolitan debut album Le Continent on January 31, 2020. It’s preceded by the release of the title track as a PostMappostcard single. ‘Le Continent’ Clémentine describes as “a personal account of a traveller who is trying to find her way everywhere in the world… melted with that strange spirit of the times we’re living. I wrote this song in 2017,” she says, “and it was – still is! – hard to avoid to overload of media anxiety about Brexit.” Phil MFU from the band Vanishing Twin contributes an organ part and an improvised freakout section in the middle of the song – while Cathy Lucas, also of Vanishing Twin, contributes a remix of ‘Le Continent’ exclusive to the postcard release. Also featured exclusively on the postcard is a cover of ‘Rêve Rêve Rêve’, a 1943 Tin Pan Alley standard by Johnny Mercer, re-written with personalised French lyrics.

Clémentine characterises herself as “an alt-rock teenager from the 90s,” yet one who studied classical guitar from a young age, and followed her love of Vila Lobos, Caetano Veloso and more to Brazil for two years in her twenties, where she became immersed in choro, samba and traditional Brazilian genres. Sung in four languages – English, French, Portuguese and Spanish – and influenced by everything from Nirvana to Milton Nascimento, Clémentine’s melodically idiosyncratic and joyfully wild music embodies her nomadic spirit by recognising no borders – be they musical, linguistic or geographical.

Released via Belgian label Freaksville Records in 2017, Clémentine March’sdebut EP Les Etoiles à ma Porte (The Stars at My Doorstep) received critical acclaim from Clash, The Quietus and For The Rabbits among others, and saw her tour extensively in Europe as solo support for feted American indie-rock band Big Thief. In parallel with her burgeoning solo career, Clémentine has become a much in-demand multi-instrumentalist, particularly on bass, for artists including Snapped Ankles, Rozi Plain, Alabaster dePlume, Dana Gavanski, Bamboo, Yama Warashi, Blue House, Bas Jan and Haha Sounds Collective.

Continuing a rich tradition of Anglo-Gallic alternative music from Stereolab to Frànçois & the Atlas Mountains, Clémentine’s debut album Le Continent is, as she puts it, “a farewell chant to my native country.” “It’s a fantasy,” she says, “mostly in the French language – on the sum of my musical influences, from Brazil to Young Marble Giants, and beyond. It’s also an open exploration of the world and an account of loss.” Produced by Syd Kemp (Thurston Moore, Ulrika Spacek, Vanishing Twin), 16 songs were recorded in six days at a studio in Hackney in London, all in live conditions, with sparse overdubs. Guillaume Magne and Pierre Caron join Clémentine in the core trio at the centre of the record, with additional contributions coming from Phil MFU (Vanishing Twin), Dimitrios Ntontis (Blue House) and Amélie Rousseaux (Sofia Bolt).