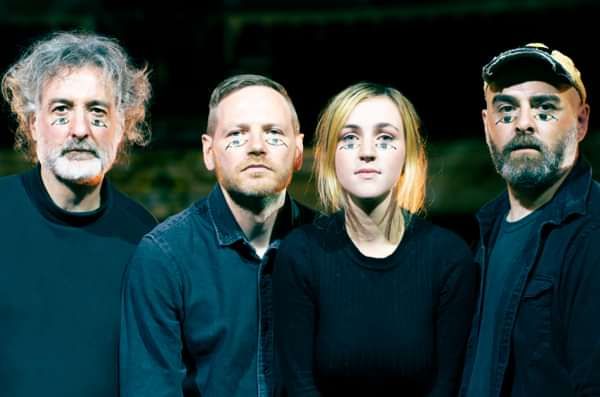 Stirling’s hotly tipped Constant Follower make their return to the Glad Café on 30th September for a very special show to mark the release of their debut album.

The band, self-described as ‘ambient dreampop experimental folk’, will release their album ‘Neither Is Nor Ever Was’ on legendary American indie label Shimmy Disc the following day, and will be playing selections from it alongside some special guests in their very favourite Glasgow venue in celebration.

The album release follows a busy year for the band, which has seen early singles Set Aside Some Time and I Can’t Wake You receive love from BBC 6 Music, Clash, WFMU and Vic Galloway on Radio Scotland, and also saw the band selected to showcase at Scotland’s music industry convention Wide Days. The most recent single ‘The Merry Dancers On Tv’ has received multiple BBC 6 Music plays and featured in the likes of Brooklyn Vegan, Glide Magazine and Playground.

“A beautiful piece of songwriting, with its simple poignancy carrying with it the wisdom only experience can offer.” - Clash Magazine, 2020, ‘Set Aside Some Time’ review

“The neo-folk music of Constant Follower, is intimate, unvarnished. Its raw inner beauty casts a deeply affecting spell. McAll’s husky murmur and the sensitive accompaniment is a rare source of comfort, like gently flickering log fire embers on the darkest night of the year. McAll and co have composed the perfect huddling soundtrack. It’s swaddled in sadness, but always offers hope.” - The Scotsman, 2021

"One of the most beautiful records I have ever been privileged to be a part of, filled to the very brim with moment after moment of poetic clarity, and not a moment too late...an interior force to be reckoned with. I've never experienced anything quite like it. It weaves elements of the past around a future I was wholly unaware of before hearing these breath-taking songs, each one a kind of memorial to a memory that may or may not have merely been imagined or hoped into existence." - Kramer, Producer, head of Shimmy Disc

Support from THE ORCHIDS!

For those of you unfamiliar with The Orchids’ work, their music is bright pop music, crystal clear, but in no way could it be described as featherweight pop. The enigmatic five piece band formed in Glasgow, and have released some of the finest pop songs of their generation since humble beginnings in the suburbs, where the three founder members grew up and started the band in 1986. Their first six singles and three albums were met with widespread critical acclaim, much of this from outside the UK. Ahead of their time in the early 90’s, it is only now that many have realised how fascinating and mature those earlier releases were.

“This group are a magical box of delights; always were and always will be.”