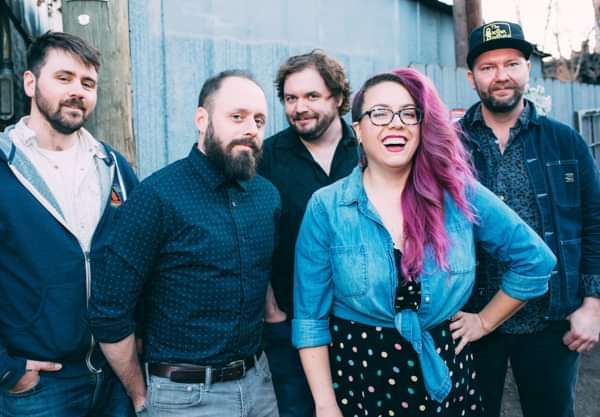 Front Country is an acclaimed acoustic band from California, fronted by gifted singer and songwriter Melody Walker and her huge bluesy voice. The quintet is based on bluegrass instrumentation but draws on a broad palette of country, blues, Americana and jazz influences. Front Country has become renowned as a storming live act on the US festival scene over the last few years, after winning the band competition at Colorado’s Rockygrass festival in the early days of the band. They refer to their style as “roots-pop” which goes some way to describing their wide-ranging but majestic and accessible sound. Now based in Nashville, this entertaining five-piece is packed with instrumental and songwriting talent, including Jacob Groopman (guitar/vocals), Jeremy Darrow (double bass), Adam “Roscoe” Roszkiewicz (mandolin/vocals) and Leif Karlstrom (fiddle).

“Sharply played ensemble Americana, with a powerhouse vocalist who puts the blues in bluegrass” - Rolling Stone

Touring almost continually across North America and beyond over the last five years, Front Country has received acclaim for their creativity and impressive live performances. They released their second album Other Love Songs to warm reviews in 2017, have been featured in an NPR special on American public radio and in 2017 headed up the list of 10 New Country Artists to Watch in Rolling Stone magazine. Their highly anticipated third album is slated for a late 2019 release. Melody Walker won the Vocalist of the Year Momentum Award at the IBMA (International Bluegrass Music Association) Awards in 2016 and in summer 2017 the band was invited to Tibet to take part in a cross-cultural river trip and music festival, where they collaborated with local musicians. The members of Front Country are proud to be progressive and inclusive in their outlook, and have been active participants in the Bluegrass Pride initiative.

“Their music occupies a hinterland that extends much further than bluegrass, reaching into a beyond that at times makes them the missing link between Punch Brothers and the Penguin Café Orchestra and even extends to the prog rock of Family and King Crimson" - The Herald, Scotland

With three previous tours of the UK under their belts and having undertaken their first tour of Australia in early 2019, Front Country return to Europe in late summer 2019 for a range of festival and concert appearances in late August and early September.