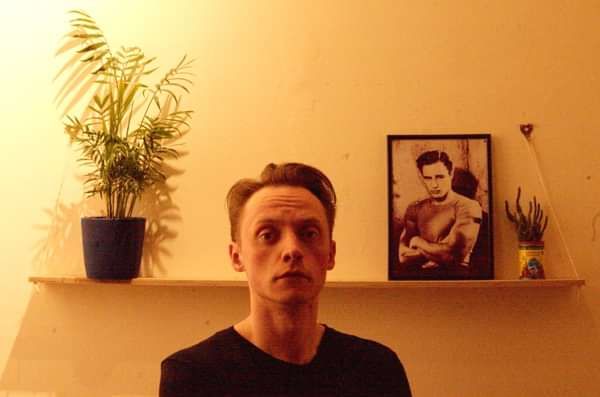 £8 in advance
Entry Requirements: Over 18s only
Buy Tickets

A charismatic figure at the forefront of Scottish pop, Hamish Hawk is an Edinburgh songwriter and frontman of Hamish Hawk & the New Outfit. Deft lyricism, irresistible melodies, and an emotional range that sets him apart from his contemporaries, Hawk offers a confident live show, shapeshifting from pop songster to lilting crooner; from masterful storyteller to wild-eyed lunatic and back again. His new 8-track EP, Laziest River, showcases his lyrical maturity against a balladesque backdrop of piano, bass and drums. Hamish Hawk & the New Outfit have appeared in session for Marc Riley (BBC Radio 6 Music) and Vic Galloway (BBC Radio Scotland), and Hawk has opened for This is the Kit, King Creosote, Idlewild and James Yorkston.

'an engaging set of songs ... a gentler soul with a direct eloquence to his music' - The Scotsman

'[a] glorious debut album ... forces you to stick it on repeat just in case you’ve missed something' - Jim Gellatly, The Scottish Sun

Home Creatures write songs about loss, landscape and memory. Simultaneously poignant, cathartic, and celebratory, the London-based indie band do the hardest of things, express loss in an uplifting way. Influenced by bands like Frightened Rabbit, Pinegrove and Bright Eyes, they will be releasing their debut single, A Healthy Way to Cope, in May 2019.”