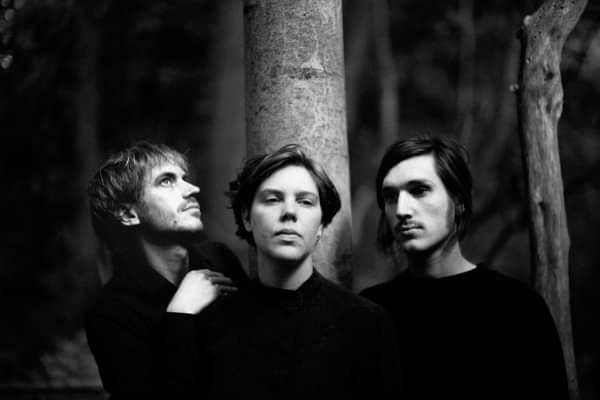 £7.50 in advance
Entry Requirements: Over 18s only
Buy Tickets

The Visual is an Amsterdam-based outfit. Signed to Dutch/Scottish indie label Mink Records, they released their debut EP ‘Translation’ late 2017. With premieres, reviews and interviews on tastemaker platforms like Noisey, i-D Magazine, 3FM, The Daily Indie and more, they became one of the most talked-about new acts in The Netherlands. Their debut album 'Moments of Being', for which they collaborated with two Grammy Award winning engineers, will be released on Mink Records March 31st, 2019. The Visual was named one of the ’12 of 3VOOR12′ promising upcoming acts in the Dutch music scene expected to break through in 2019 by the Dutch national broadcaster.

Clash Magazine: ‘Yet it’s two of the bands that form part of Saturday’s Noorderslag event – a night dedicated to homegrown talent – that really dazzle and steal our hearts. The Visual – the project of singer songwriter Anna van Rij – craft slow-burn, sensual pop that swells on the same waves of longing and tenderness that carried Jeff Buckley to greatness. Their songs come steeped in a melancholic lushness and sense of drama, tales you let your guard down for even though you know they’re gonna be crushing’.

BBC Radio 6 Music, LAUREN LAVERNE: 'It's a very stylish one this, it's a Dutch band formed by musicians Anna, Timon and Tim - Anna an Timon met whilst studying at Amsterdam's Conservatory, they have a whole aesthetic going one that I'm very much enjoying, and a debut album called 'Moments of Being', which is due out at the end of March, on Mink Records.

The Visual​​ revolves around our most acute perceptions. Our awakenings. Our sense of being. Like a living organism, their music traverses and wanders out on its own. “I opted for a word that was clear, open and non-partisan,” singer/guitarist Anna Van Rij explains. “The idea of entering a new experience. It was all very instinctive.” With co-founder Timon Persoon, the Amsterdam-based unit has become a vehicle where the more elusive, specific experiences and observations are expressed in this very intrusive, tactile fashion.

Van Rij met Persoon while studying at Amsterdam’s Conservatory. Interestingly enough, before even a single musical note was exchanged, she subconsciously knew she wanted to create music with him. Outside of their semesters, they created a very singular musical vocabulary together. Van Rij would recite the poetry of Sylvia Plath over Persoon’s mesmeric sonic backdrops. Alternately, they would dream up fictional soundtracks of their favourite film scenes. Together, they had built this pocket universe, untethered from theory or stylistic boundaries. Free expression, in even its most outrageous forms, had absolute precedence.

In many ways, that principle has remained intact in making The Visual’s debut LP ​Moments Of Being​. From its first prowling flourishes, opening cut ‘Moment Of Being’ demands your attention. Instead of waiting for the climax of the album to confront her deeply hidden fears, Van Rij establishes a hard-earned growth and self-acceptance from the outset. ‘Moment Of Being’ is not exactly a succinct verse-chorus-based construct, but a candid reflection of years of soul searching, gradually sloping and ascending with creeping tensions and skulking silences. The song’s finale preens with sheer inner belief, unshackling from the toxic patterns of fear and doubt with penetrative aural abandon. ‘We both wanted to add more elements of noise and texture,’ Van Rij assesses. ‘The deep synths we added on ‘Moment of Being’ lift the entire song upward. If that element wasn’t there, the impact wouldn’t’ve been the same. It gives the song this extra surge of energy.”

This impressive list of collaborators notwithstanding, The Visual remains a self-determined, sonically ambitious endeavor. Van Rij’s quest to come to terms with her identity remains strongly congruent with Persoon’s desire to push The Visual’s sonic boundaries to exciting new territories. Once a person clears that threshold of accepting the self, that deep yearning to perceive and intensify your direct surroundings starts to sprout beneath the exterior like an intricate network of roots. And indeed, ​Moments Of Being ​highlights those strange mysteries within everyday things, things we deem so self-evident. The tender, lunar waltz of ‘Stuck In A Scene’, for example, finds comfort in its au courant stillness, teetering somewhere between the grandiose alley-cat romance of Sinatra’s In The Wee Small Hours and Radiohead’s pensive alienation.

The gripping, dub-like cadence of ‘Who You Were’ and the cocktail lounge beckon of ‘Open Your Eyes’ suspend your awareness of time, as Van Rij’s arresting vocals leave you staggered in anticipation of each syllable leaving her lips. The Visual is a much an outward as an inward pursuit; while introducing new sonic elements on ​Moments Of Being,​ Van Rij found guidance in German-Jewish author and philosopher Hannah Arendt, whose work often emphasizes the need to understand over skin-deep judgments.

On ​Moments Of Being,​ The Visual assert patience in unraveling their truths, little by little. The songs were all written throughout a four-year period in which Van Rij slowly but surely transforms her vulnerability towards the outside world into a life-affirming empathetic force. “I have been listening too long to those submissive voices because I was afraid of people who wanted to exercise power over me. I have finally accepted I won’t let that happen again. Even though the outside world exists and moves on, I have to remain faithful to who I am and continue to listen to myself. That whole phase, captured in all these songs, is about that encompassing feeling, the necessity to withdraw and give yourself a certain freedom. And writing this album helped me a lot with this process. ”