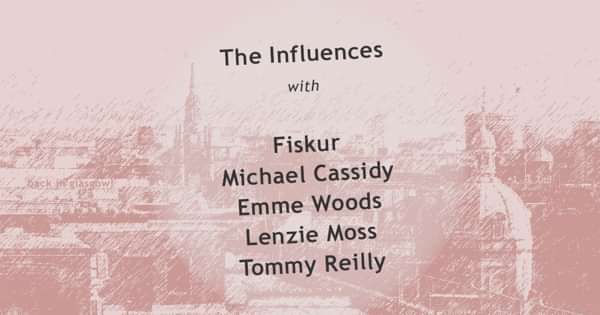 £8
Entry Requirements: Over 18s only

Have you ever wondered what your favourite musicians listen to? Dutch music journalist Matthijs van der Ven did when he started his website Onder Invloed (aka The Influences) over a decade ago. Since then, he’s filmed over 300 musicians from all over the world covering their influences in sessions. On Friday December 14th, he’s bringing his project to The Glad Cafe in Glasgow for the third time, with live performances by Fiskur, Michael Cassidy, Emme Woods, Lenzie Moss and Tommy Reilly.

There is no better way to discover or explore music than to watch great musicians cover the songs they love. Artists that have influenced them and their music. From Damien Jurado, The Staves, Josh Ritter and Keaton Henson to Peter Broderick, from Alasdair Roberts, Three Blind Wolves and BMX Bandits to Rachel Sermanni, and from Daniel Romano, Courtney Marie Andrews, Blitzen Trapper and The Low Anthem to Allah-Las or Hiss Golden Messenger; they all were more than willing to pay tribute to the songs and musicians who inspire them.

The Influences has been providing these videos ever since 2008 and at The Glad Cafe you’ll get the chance again to be there while five Scottish acts record theirs live.