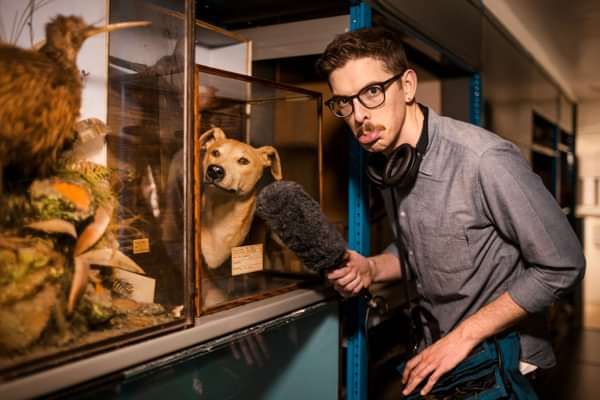 Jonnie Common presents at The McManus

In 2017, as part of their 150th anniversary celebrations, The McManus Art Galleries and Museum commissioned Dundee-born musician Jonnie Common to create a suite of music. Jonnie spent the summer exploring the nooks and crannies of the McManus to find sounds and stories, culminating in a large-scale open air performance on it's iconic outer steps. Join Jonnie for the evening as he presents this extensive work in a more intimate setting and expands on how he utilised the building itself and incorporated some of the weird and wonderful objects housed in The McManus Collection.

Anyone who attended the launch for 'Kitchen Sync' (Jonnie's album made exclusively from kitchen utensils and appliances) back in 2016 will know this is not to be missed.

Support comes from Sam Annand, who became an ally to the project when Jonnie enlisted his expertise in impulse response recording. Formerly releasing as Architeq and now one of the pistons driving the impeccable Studio Esk label, Sam will be exciting the space with a rare modular set.

Check out some of Sam's stuff at his Bandcamp: https://studioesk.bandcamp.com/album/cupar-grain-silo