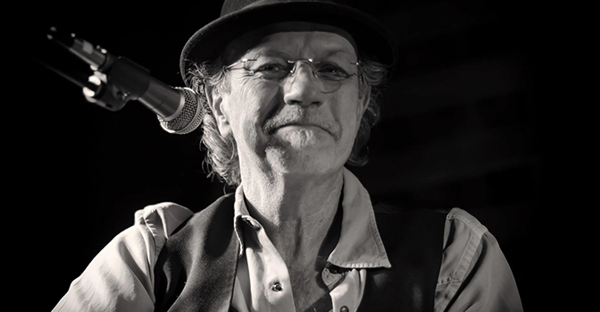 Join David Starr (Colorado/Arkansas), Martha L. Healy (Glasgow) & Al Shields (Leith) for an evening of the finest Americana songwriting from both sides of the Atlantic.

"David Starr has a voice you will never forget. His music is authentic, his songs are honest, full of emotion and truth." John Oates

David Starr owns a thriving guitar store in the heart of Cedaredge, Colorado, yet he believes his most compelling instrument is his voice: a strong, beautiful baritone that is the cornerstone of his EP, The Head and Heart.

Starr wrote or co-wrote five of the six songs on The Head and Heart, which was produced and arranged by John Oates and recorded in Nashville. The longtime friends decided to let the recordings have some breathing room, while still giving the citys brilliant session players an opportunity to shine.

David Starr grew up in Northwest Arkansas and started playing drums at 10, then picked up guitar at 13. He has released eight albums (including The Head and Heart) and opened shows for Survivor, Clint Black, Restless Heart, The Marshall Tucker Band and The Guess Who.

In a perfect world, I would be playing in a room where everybodys listening, he says. Thats why I like a situation like a house concert or listening room because I like to tell a story. I like to talk about the inspiration behind the song. I just like connecting and thats what I hope to do with this new music.

"Martha's strong vocals sound as if they were made for singing country." - Duncan Warwick, Editor, Country Music People

Martha was raised on a diet of The Eagles, The Traveling Wilburys and folk heroes, The Dubliners. These were and still are - staples of the Healy family vinyl collection.

At the same time, she was listening to female artists like Sheryl Crow, Carol King, Dolly Parton and Patsy Cline and picked up the guitar to start writing her own songs.

Her debut album, Better Days, was recorded in Nashville in 2014 and she has just returned from three months in Nashville writing and recording album no.2, Keep the Flame Alight which was produced by David Spicher. The album will be released later in 2018. Whilst over there, she played the world-renowned Bluebird Cafe, The Nashville Palace and Douglas Corner.

Martha and her band deliver an authentic, rootsy live show and they love nothing better than playing to live audiences. Solo, Marthas strong love for writing story songs shines through alongside her country-tinged vocals.

"Songs that would make any country troubadour proud." Bluesbunny Review

Citing Americana artists such as Jason Isbell, Ryan Adams and Ray La Montagne amongst his biggest influences, he is a prolific writer and live performer and has supported some notable Americana artists.

With two EPs and album, Slow Burner, under his belt, Al is currently working on a new EP, Fire on Holy Ground, due out in April 2018, with his band The Delahayes.

Al moved to Edinburgh in 2005, joining folk-rock outfit Ardentjohn, with whom he has enjoyed independent success. Their 2010 album On The Wire garnered very favourable reviews in mainstream music press, with Uncut magazine describing the band as refreshing new arrivals.