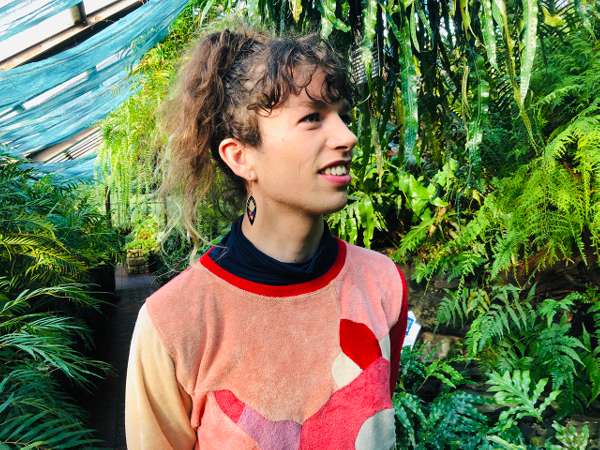 March 2020 sees multi-instrumentalist Coral and drummer Kiran Bhatt (Red River Dialect) take to the road across the UK, sharing songs from their forthcoming second album, to be announced early 2020, as well as selections from The Silver Field's debut Rooms.

Recorded by Coral at home in south London, Rooms was brought to the world in January 2019 by Tim Burgess' O Genesis Recordings and received high praise for its dreamlike tapestries of tape loops, reverb and folk instrumentation, including plays on BBC 6 Music, BBC 3's Late Junction, NTS and Soho Radio, as well as print and online love from The Quietus, Electronic Sound, God Is In The TV and many more.

bell lungs weaves layered vocal harmonies and instrumental loops together into a psychedelic, post-folk soundscape that draws on natural cycles, environmental disaster and the microcosmic aspects of relationships. Her vocals were deemed “elemental” by cult arts critic David Keenan of The Wire, and her latest song, “Mosul Dam” – released by Sonido Polifonico,on a split 7″ with psychedelic-folk songstress Pefkin on the flip – was described as “disarming and demurring” by Losing Today. She is known for collaborating with poets, scientists, kinetic sculptures, artists, dancers, film and theatre-makers, and has performed in the UK, USA, Spain, Germany and Italy, in venues common and uncommon, including art galleries, museums, double-decker buses, ancient ruins, a disused grain silo and a hydroelectric power station.